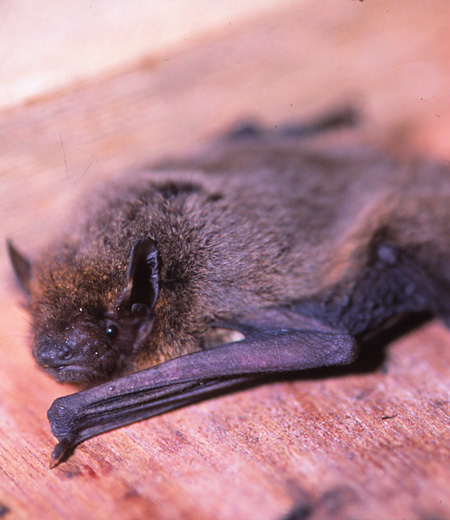 Pipistrellus abramus (Japanese Common Pipistrelle) Japanese Common Pipistrelle
Main region: Throughout Japan except Hokkaido and also in China, Korean peninsula and Taiwan. Most bats often found even in Tokyo areas that fly randomly by changing directions in late afternoon are this species. Another name is Ie-komori literally meaning bats at home because they sometimes live in groups in the ceilings. In city areas, often live in spaces under bridges and elevated railway. Are active at night but become active from late afternoon and hunt for small insects such as mosquitoes in grasslands and riverbeds. The life span differs by gender, male for one year and female for six years.