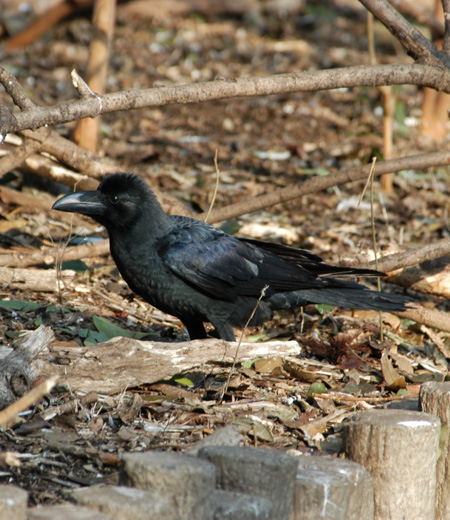 Corvus macrorhynchos (Jungle Crow) Jungle Crow
Found in mountains, coasts, riverbeds, croplands, town and even office areas in cities. Compare to corvus corone, the head is volumy and bill is thick and big. Have a habit of chasing hawks and owls. Caw with clear toned voice and sometimes make voice resembling human being laughing. Are normally in a group except breeding season and go back to the same place rest at night. Are omnivorous and feed on wide varieties of preys. Also raid garbage and feed on dead animals. Build a nest on tree but sometimes on electric poles or steel towers with branches and various items including wires, hangers and plastic threads. The breeding season is from March to May and lay four to five eggs in a season.