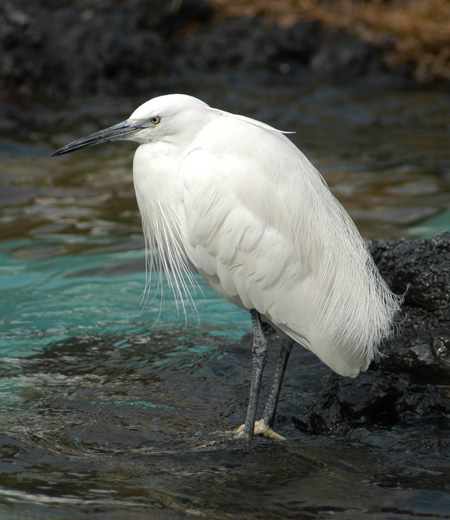 Egretta garzetta (Little Egret) Egret
White species in the Ardeidae family are called egret and this species is the small sized egret. The largest one is the great egret, the next largest one is the intermediate egret and the smallest one is this species. The bill and toes are yellow base, which can identify this species from other two species. They live in lakes, ponds, paddy fields, bogs and mudflat and even rivers in cities. They build a colony with other egrets, fly to the waterside in the early morning to hunt for prey and come back to the colony in the late afternoon. They prefer fish, frogs and aquatic insects, and shake legs in shallow water to flush out prey hidden in muds. The breeding season is from April to August. They build a dish-shaped nest with twigs and fallen branches, and lay four to six eggs.