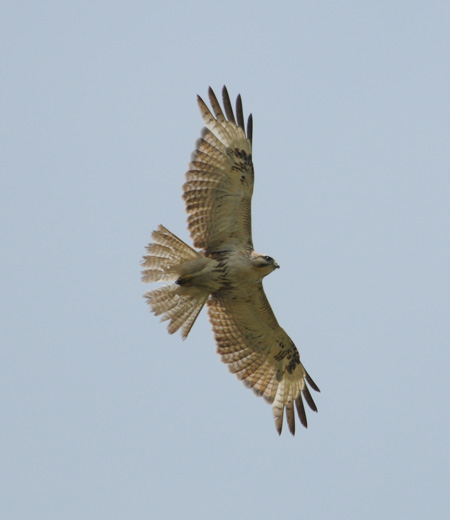 Buteo buteo (Buzzard) Buzzard
Is a mid-sized hawk found from flatlands to mountains. The body color for male and female is almost the same and white on chest. Live in forests near grasslands, croplands and pastures where they hunt. Feed mainly on rats and also snakes, frogs and birds. Like a black kite, soar upward with updraft and hunt for preys in the air. Also rest on the top of tall trees or stakes in croplands and hunt for preys. During breeding season, male and female chirp “pee eeh” like whistles. From May to June, build twigs over branches and some with leaves. Lay two to three eggs in a season. Tends to use the same nest every year.

●Body Length  about 55 cm
●Season  January to December (resident bird, bird that stay in the same area all year round)