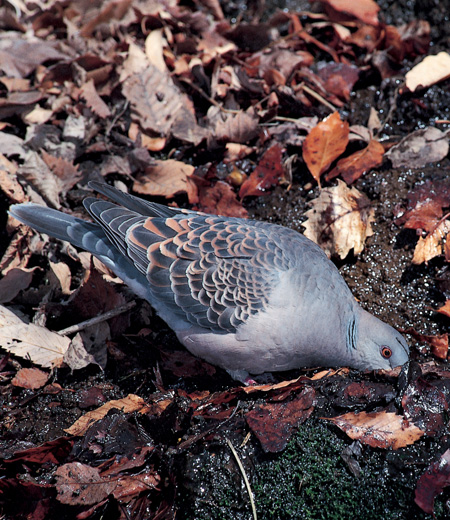 Streptopelia orientalis (Rufous Turtle Dove) Dove
The Japanese name Kijibato was named because the red-brown feather patterns resemble pheasants. They are also called Yamabato literally meaning birds in mountains but they are distributed widely even at parks and street trees in cities. They rest on electric wires and chirp with low voice “coo coo coo”. They feed mainly on nuts of trees and plants, also breads and cereals. The married couple lives together and normally has a good relationship. During the breeding season, males bow repeatedly and fly upward fast and fly down for courtship. They build a simple nest with twigs from April to July and lay two eggs in a season.

●Body Length  about 33 cm
●Season  January to December (resident bird: a bird that stays in the same area all year round)
※Quotation from Mount Takao formula application
もっと見る 閉じる