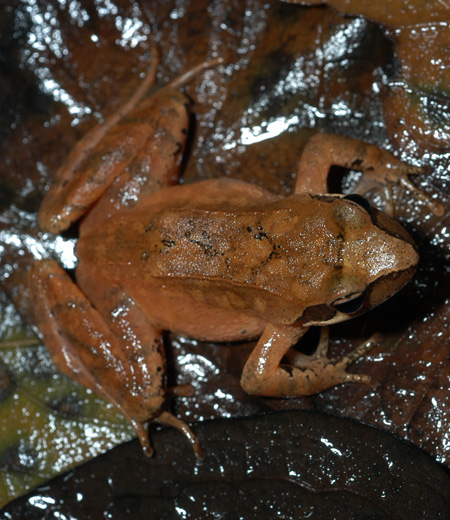 Rana tagoi tagoi (Tago’s Brown Frog) Tago’s Brown Frog
Main region: Honshu, Shikoku, Kyushu and Goto Islands. Found in forests and streams in mountains. The body color varies by individual species from ocher to red-brown. Feed on insects, spiders and shellfish that mostly live on the ground. Male have vocal sac (sound-resonating throat pouch) and create unique voice with low tones during breeding season but it is difficult to find them as they are mostly hiding between rocks as they are small species. Breeding season is from February to March, and lay larger sized eggs compare to other frogs. Hatched tadpoles live from nutrients from eggs and live on the ground after emerged to adults. It was named after famous herpetologist Prof. Katsuya Tago.