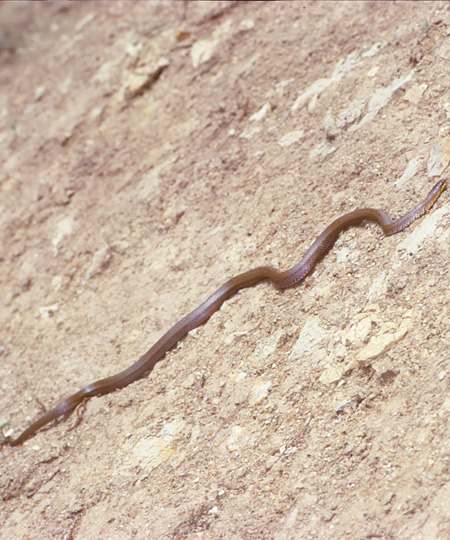 Elaphe conspicillata (Japanese Forest Ratsnake) Tiger Keelback
Main region: Hokkaido, Honshu, Shikoku, Kyushu, Kunashiri Island, Izu Islands and Tanega Island. Found in croplands and grasslands in flatlands but mainly in forests of low elevations. Have small head and does not have skinny neck that is suitable for living underground as the Japanese name Jimuguri literally meaning to live underground states. Feed on rat live underground and small moles. Hunt these preys by searching their nest tunnels and sneaking inside the nests. Are calm and not poisonous and does not bite. Only bite when they are sensing dangers like human beings trying to touch their body. Sometimes release grass-like smelled secretions from anal glands. Go dormant in winter but often stay underground even in summer as they are not so bearable in hot weather.