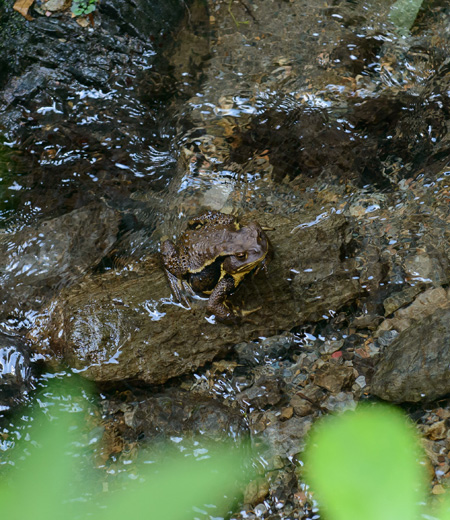 Bufo japonicus formosus (Eastern-Japanese Common Toad) Eastern-Japanese Common Toad
Main region: Some parts of Hokkaido (man-induced distribution), Honshu (from Tohoku region to Kinki region on Japan Sea side, North of Sanin area and some part of Kii peninsula). Found in forests from flatlands to mountains and also in temples or residence. Are widely known as “gama” from ancient time. The body size varies by living region, smaller in cold climate area like Tohoku region and become larger in warm climate. The body color also varies by regions but most of them are brown but some are reddish or yellowish. Hardly ever jump and just walk. Are predators and feed on insects, spiders and earthworms. The white secretions from the protrusions on the back are poisonous.