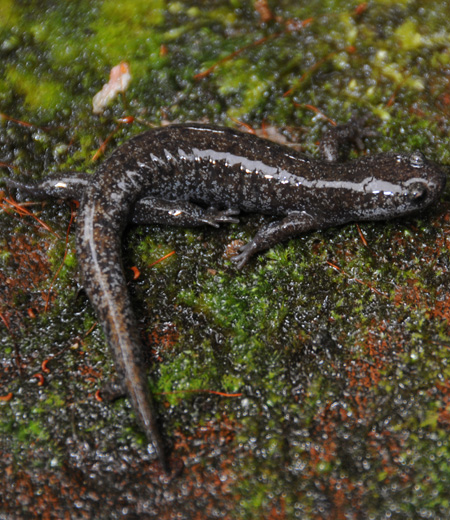 Hynobius tokyoensis (Tokyo Salamander) Salamander
Main region: Kanto area (except Gunma prefecture) and some parts of Fukushima prefecture. Found in forests on hills and waterside in mountains and mostly live on the ground except breeding season. The baby is like the small version of axolotl and live mostly underwater. Feed on insects live on the ground including earthworms, porcellio scabers, spiders and wood louses. The body color varies by individual species but mostly dark-brown with black spots on entire body. Are active at night and it is difficult to find during daytime as they are normally hide alone underground and under rocks. In autumn, become even more active to hunt for preys in order to prepare for going dormant in winter and breeding. The breeding season is from February to March and often found in water with no flow including ponds or ditches of paddy fields.