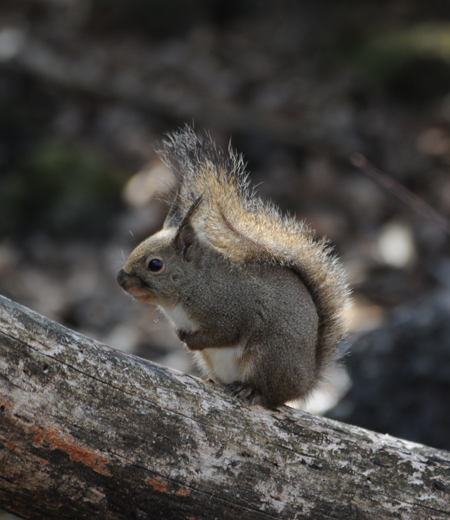 Sciurus lis (Japanese Squirrel) Selected
Main region: Honshu, Shikoku, and Kyushu. Rarely seen in Kyushu and Chugoku region due to deteriorated habitat. Found in forests in low elevations. Live mostly on trees but often come down to the ground. Create spherical shaped dreys with small branches and moss at spaces between branches. Are active in early morning and late afternoon but sometimes found at mountain trails. Feed on nuts and buds of trees and store a number of acorns in soils for the foods during winter. Have distinct long tails and look very cute when holding acorns and walnuts to eat. Sometimes, they jump more than 10 meters and move from branches to branches.