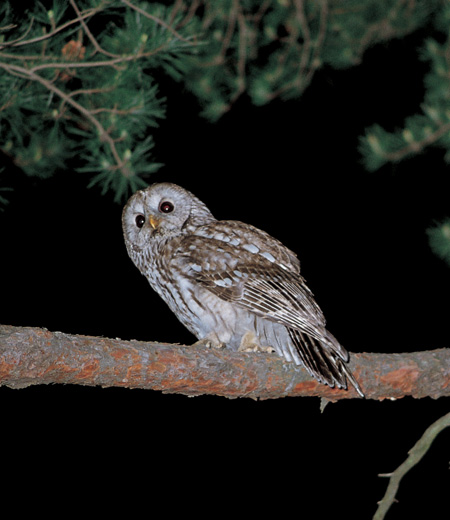 Strix uralensis (Ural Owl) Selected
Live in forests and woods near resident area and live in shrines and temples in forests. Body color is the same for male and female. Body color varies by habitat. Are mostly gray and brown but become white in northern area. Live alone or in pairs and rest in shady forests and become active in late afternoon. Feed on rats, birds, lizards, frogs and insects. Hunt for these preys without flattering wings. Male and female chirp “ho ho” during breeding season. Build a nest in a hollow of large tree, ceilings of residence or shrines. Lay two to three eggs in a season from March to April.

●Body Length  about 50 cm
●Season  January to December (resident bird, bird that stay in the same area all year round)